In the Middle Ages, the monasteries were popping up everywhere in Europe, and also in Belgium. This also led to the the Abbaye Notre-Dame de Leffe in the year 1200, located in the Belgian town of Dinant. The abbey was founded by the Norbertine fathers which were members of the Premonstratensian Order. They were known for monastic traditions; like being hospice for the local community and pilgrims.

In the year 1240 the black plague had a huge impact on the way of living in Europe. The black plague made normal water unsafe to drink, due to the high risk of contamination. This concerned the monks which provided shelter and food for the locals and pilgrims. At that moment, beer was safer than drinking water as the brewing process sterilized the possible bacteria in the water. This resulted in a high nutritious form of liquid bread for the monks, locals and pilgrims. When the monks of the abbey found a mineral spring on their lands in 1240, they decided to brew beer, which created the catalyst for the beer brand Leffe.

But Leffe in Denmark?

The beer brand Leffe was around in Denmark for quite some time. However, the brand was never activated or promoted in the Danish market.

Therefore, I wrote my BSc thesis about how AB InBev can introduce the beer brand Leffe to the Danish market. The plan is summarized in the video below.

With the launch of Leffe Ruby in Denmark, the first marketing activities have started in the Danish market. This included a digital campaign with more than 1 million unique consumers reached through social media within Denmark and advertorial prints in different magazines which included lifestyle magazines Euroman and Eurowoman. But also in-store tasting sessions with brand ambassadors at different retailers.

The Leffe giftpack was introduced in late 2019 and was the ideal gift for the holiday season. The giftpack aimed to encourage consumers to try the three available flavours in Denmark. More importantly, the unique Leffe chalice was also included in this trail pack.

We used this opportunity to tell the brand story of Leffe on the packaging of the giftpack. 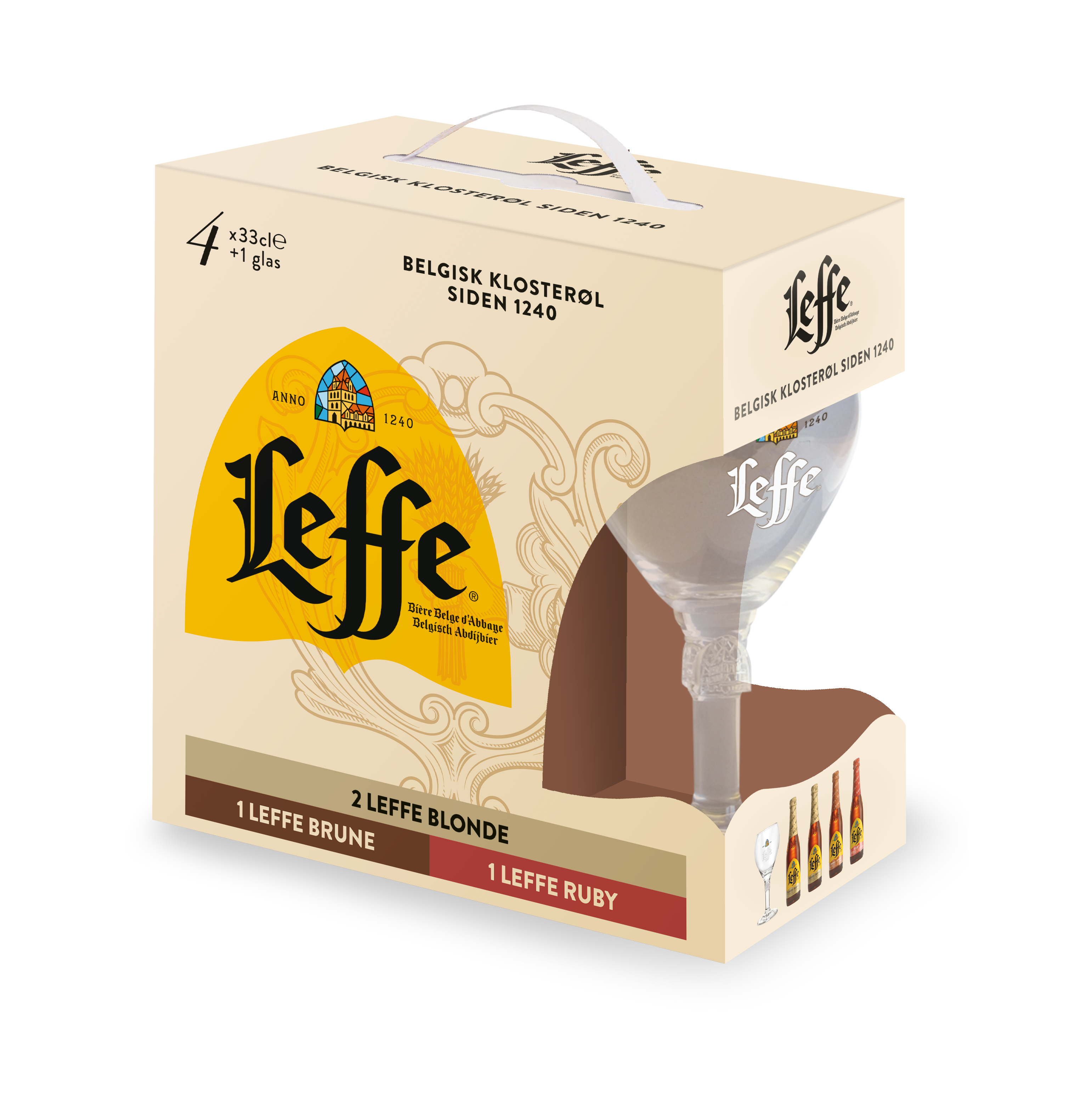 Are you interested in a brand manager for your company?